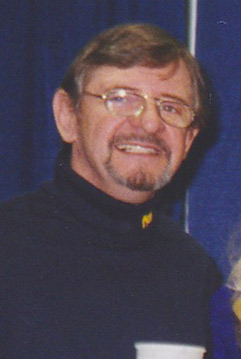 I submit this respectfully with fond memory of a very nice guy and another of the NCNO characters that have truly enriched our lives and will be sorely missed.

Our now dearly departed member E-Tom Altizer ran out of gas twice on the Friday ride to Rolling Thunder. His achievement deserves special recognition since he had an Interstate tank. I was driving the chase truck on the day in question. I stopped for ETom the first time to find him making an adjustment. He had rearsets on his bike and rather than having the proper solid-shaft linkage between the rearset and the gearbox, he had what looked like several strands of very heavy gauge solder wire laced back and forth and bound together. Looking at this non-linkage I said “what happened.”   He said “nothing.” I said “you mean you left the house like that?” I expected the answer to be no.. but alas, that was not the case. Anyway, sometime later, I found him on the side of the road again. This time he was out of gas. I gave him over half of the 2.5 gallon tank that Chris had aboard the chase truck and he took off. Sometime later I find his bike on the side of the road and he’s nowhere to be found. I inquired at the nearest house and was told he’d gotten a ride to go get gas. When he came back, I asked “what happened? I thought we passed a bunch of gas stations?” He said “I was looking for a better price.”