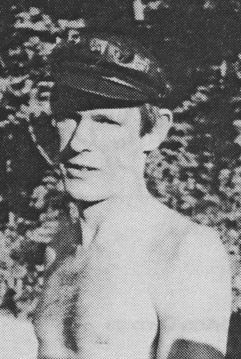 In the early morning hours of August 13th, 1985, Ray Engebretsen died. Ray had been struggling to survive and succeed in his own style all of his life. That morning, he lost his battle with AIDS. For over a year, Ray had proven himself to have been made of stouter metal than most, by enduring the painful and slow certain death associated with this disease. To the end, he retained his dignity, grace & humour. A realist his whole life, he was a realist about his situation.

Two days before his death, I spoke with Ray by phone (at that time I had a slight throat infection & didn't want to expose him to what could have been a fatal bug). We spoke of the USNOA Rally & his excitement of our adventure was real, even though taxing to his weakened condition. He was genuinely happy about the honors earned by our club at the rally, but he frankly said, "I won't be here for Rolling Thunder." No remorse, no sadness--just the facts.

Ray's dedication to Norton motorcycling extended to the point of requesting that his ashes be spread off the rear of his old Commando, while traveling down one of Ray's favorite mountain roads.

This month, I'm changing my usual salutation & dedicating this flyer to Ray. His joy of motorcycling and his fellowship with our group was unending. I hope this sums it up the way he would have wanted it.

Ride to Stay Alive, Breed
-from the August 1985 NCNO Flyer